He’s the youngest competitor to take to the podium since Red Bull opened its elite field to under 18s this year.

Alex beat a field of 450 men tackling a gruelling course through the icy waters of Maryhill’s Neptune steps in heats throughout Saturday.

600 competitors braved the shivering temperatures of eight degrees in the men’s and women’s races in front of 3000 supporters. They tackled 420m of open water swimming andclimbed through gushing waterfalls up seven canal lock gates using ropes and ladders.

With a time of 6 minutes 18 seconds Alex, the only Scot on the podium, was just 13 seconds behind winner Dan Jones, Welsh international swimmer, who took the title for the second year in a row and just 7 seconds behind second placed Andrew Horsfall -Turner, a Welsh based swimming coach & Tri athlete, whose taken the runner up spot three times in a row. 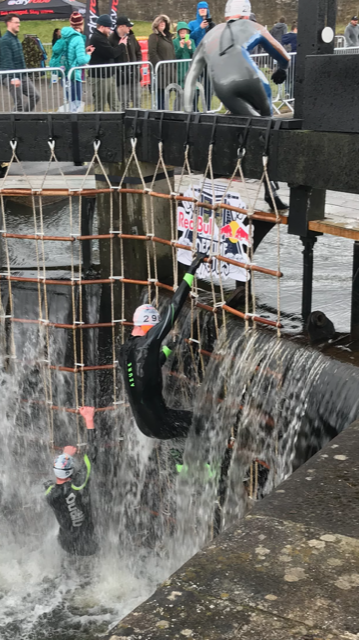 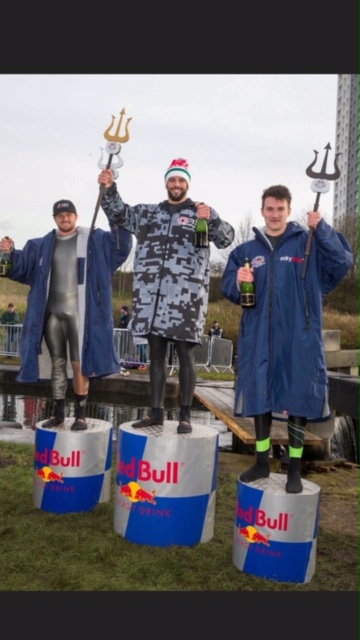